Today we are going to finish up our week in Philippians 4: 4-14 by looking at the World in Front of the Text of this passage.  What does this passage mean to our lives?  Believe me, there is a lot … END_OF_DOCUMENT_TOKEN_TO_BE_REPLACED 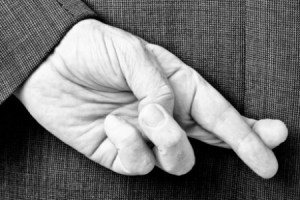 Let me tell you a little secret, that is you can just remember from this point forward, it will make your life a lot happier, and actually somewhat easier.

What is this secret? What can change things so radically?

It’s this. Temptation is a lie. It is temptation, in all of its forms, is simply a lie. Think about temptation. What does it offer? What does it promise?

Fun. Or power. Or wealth. Or status. Or popularity. Or a million different things. Temptation always promises us something that we would want to have.

Every temptation does that.

And what does temptation always give us? Guilt. Shame. Self-loathing. Hatred. Destruction.

Death. In the end. It gives us death.

Remember that. Seriously. Drill it down into your skull right now. Temptation is a lie.

You are of your father the devil, and your will is to do your father’s desires. He was a murderer from the beginning, and does not stand in the truth, because there is no truth in him. When he lies, he speaks out of his own character, for he is a liar and the father of lies. But because I tell the truth, you do not believe me.

Jesus tells the Pharisees that they are doing the work of their father, the devil. They are lying because the devil is a liar. He is the father of lies.

Temptation is a lie. The devil is a liar. When temptation comes, don’t listen to the promises of fun and life, remember what it is.

A lie. Temptation is a lie.

And when we see it for what it is, we can resist it (through God’s power) a little bit easier!

Don’t forget, you can click here to download Asbury’s mobile app and read these devotionals, as well as listen to my sermons on your smart phones, and you thought our app, you can now watch our worship services from Asbury too!