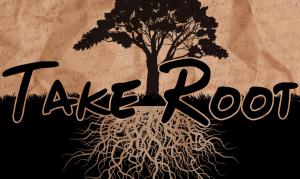 This week we are going deeper into John 4: 31-42.  Each week thus far has had a “theme,” and this week’s to “look around.”  We’ve looked ahead (Revelation), we’ve looked back (Deuteronomy), and now we are to look around at our current context. What do we see? What are we to do?  Yesterday we looked at the world behind the text; what is the context of what is happening in John.  You can read that here.  Today we’ll look at the world of the text of this passage – what is happening in front of our eyes.

John 4 deals with Jesus entering into the Samaritan village.  Samaritans are a very well known, and interesting, group of people within the Bible.  In the Old Testament, after Solomon, the kingdom of Israel divided into two kingdoms, Israel in the north and Judah in the south.  The kingdom of Israel was ruled by a line of generals, each overthrowing the next; while the kingdom of Judah was ruled by kings that could trace themselves back to David.  No single king in the north ever “did right in the eyes of the Lord” and while most of the southern kings where the same, a few were righteous and followed God.  But, with this divide, something else also happened.  The temple remained with the southern kingdom.  The kinds of the north did want their people going to the southern kingdom to worship, they wanted their people to worship there.  So, they created “sacred” places, such as Dan and others, where the people worship.  But, this was not the way that God has designed at that time for worship, it was to be done in a specific place at the Temple. Thus by doing this, the northern kings began to turn their people away from God.

Eventually, the northern kingdom of Israel was defeated by the Assyrians and the way that Assyria dealt with their defeated people was by shipping off half the conquered people and shipping in a group from another place.  Eventually, these foreigners married the remaining Jews, and their children became the Samaritans (because they lived close to the old northern capital of Samaria).  So, by the time of Jesus, these Samaritans were not seen as ethically Jewish nor religiously Jewish (because they worshiped at the wrong place). So, thus good Jewish people would avoid even going through there.  The Jews did not much like the Samaritans and the feeling was mutual.  That’s why it was such a scandal that the hero of the Good Smartiaian was a Samaritan.

A good Jewish teacher would not enter into a Samarians village. He would not have talked to any woman about religion and he would not have talked to a woman that was seen as a “sinner.”  Yet, Jesus did all these things. That’s why if you read earlier in chapter 4 that the disciples are confused about all His actions.  Jesus tells her that people will worship in Spirit and in Truth, not a certain place, and she realizes that He is the Messiah. She then goes to tell her village.

That is where this text picks up.  We’ll look tomorrow at the specific things within this text.